May 27, 2010 2 min read
Tetrachromacy - Wikipedia, the free encyclopedia
In humans, two cone cell pigment genes are located on the sex X chromosome, the classical type 2 opsin genes OPN1MW and OPN1MW2. It has been suggested that as women have two different X chromosomes in their cells, some of them could be carrying some variant cone cell pigments, thereby possibly being born as full tetrachromats and having four different simultaneously functioning kinds of cone cells, each type with a specific pattern of responsiveness to different wave lengths of light in the range of the visible spectrum.[6] One study suggested that 2–3% of the world's women might have the kind of fourth cone that lies between the standard red and green cones, giving, theoretically, a significant increase in color differentiation.[7] Another study suggests that as many as 50% of women and 8% of men may have four photopigments.[6]

The Human is a blocked tetrachromat
A review of the spectral sensitivity of the human visual system. (Suggests that the human lens is responsible for blocking the ultraviolet frequencies, that we already have a UV sensor in the retina ready and waiting, and if the UV wasn't blocked, we'd all be tetrachromats.)

So if we would exchange our natural lenses with artificial ones (not absorbing UV) we could all see UV light!

If my skin would be covered with material equal to my natural lens, I would not get a sunburn, because UV would be blocked! Which substances in the lens of the human eye lens block the UV light?

How is actually the absorption of my glasses?
Ordinary glass is partially transparent to UVA but is opaque to shorter wavelengths while Silica or quartz glass, depending on quality, can be transparent even to vacuum UV wavelengths. Ordinary window glass passes about 90% of the light above 350 nm, but blocks over 90% of the light below 300 nm.[4][5][6]
http://en.wikipedia.org/wiki/Ultraviolet

Do chicken see UV light? If they do, a lot of studies showing hormone changes in chicken when exposed to UV light cannot be used to predict similar changes in humans, since humans cannot see UV light.
old_blog german 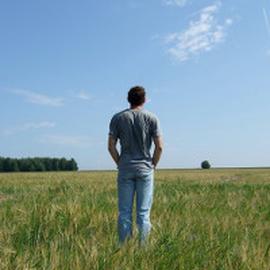 My interests include machine learning, software development, physics and mathematics